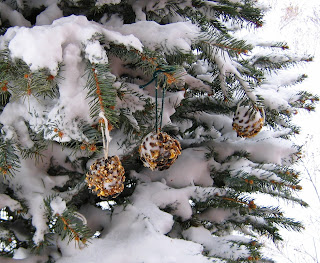 I want to take a moment and wish everyone a happy holiday season and at the same time look forward to an exciting New Year.  Here at the , we have had a good year in 2010 and we are looking forward to many interesting new events in 2011.  We have already scheduled a series of genealogy programs to continue through June.  In addition we have a book signing scheduled in January and a Poetry reading in February.
In order to continue with the exciting programs we have scheduled, we need your help.  As the New Year begins, please consider donating to the .  Your donations will be used to create more interesting and exciting programs and build collections and resources for both the museum and library.
In addition, if you have any ideas, suggestions or comments you want to share with us, please feel free to contact us.  We are always happy to hear from you.
May you all have a Merry Christmas and a Happy New Year!
Posted by Mike Brubaker, Executive Director at 9:10 AM No comments:

Tobacco Is a Minnesota Cash Crop

This past week I had the pleasure of presenting several farms in with their Century Farm designations.  As part of the program, I conduct a bit of preliminary research in order to introduce the farms.  An interesting detail came to light: in the late 1920s, tobacco was a significant crop in .  Think about this, a crop that is so closely associated with Southern farming, and a crop that is very labor intensive, and depletes the land so quickly, was introduced into in the 1920s.
I find the fact that tobacco was even grown in to be remarkable.  Even more interesting is the total production of the crop.  In 1928, for the state more than 1.2 million pounds of tobacco was grown.  In two short years, that number had doubled to 2.9 million pounds.  I haven’t yet found the crop production for , but this does highlight the diversity of farming in the area.  For those of you that prefer footnotes, these number come from 1931 Yearbook of Agriculture published by the department of Agriculture, Washington, D. C., Government Printing Office, page 702.
In , 1930 appears to have been the of production.  By 1933, only 270,000 pounds of tobacco was grown in , and the leaf was selling for only 3.2 cents per pound.  To further enhance the challenges of farmers, in 1936, the Department of Agriculture announced there was a 200 million pound above normal demand supply of tobacco leaf in the .
In a very short time, tobacco farming in ended.  Yet, the willingness of farmers to experiment with new crops is an interesting idea.  The very fact that this particular crop was grown in the state generates some fascinating questions.
Posted by Mike Brubaker, Executive Director at 12:11 PM No comments: