From Staff of the Sherburne History Center

Have a Safe and Happy Memorial Day 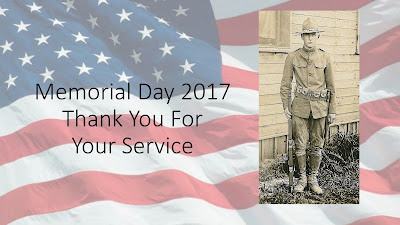 Posted by Mike Brubaker, Executive Director at 1:39 PM No comments:


The politics of the times guided the naming of a multitude of counties and communities in Minnesota.  Sherburne County serves as an example of these political honors. The geography provides more insight into the settlement of Minnesota.  And, the changing borders and county lines raises some speculation about the development of the territory and State.
Posted by Mike Brubaker, Executive Director at 9:03 AM No comments:

Fire is all too common in farming communities.  Barns and haystacks catch on fire.  Wood buildings routinely burn.  In 1924 Elk River, however, a particularly unusual fire erupted in the potato warehouse and the Elk River Fire Chief immediately suspected arson.

Trainmen traveling through Elk River discovered a fire in the potato warehouse at 5 am on February 2, 1924.  Luck followed the city and firefighters on this day.  The Elk River fire siren had failed earlier in the week and continue to malfunction.  The trainmen notified the telephone exchange.  Telephone operators then notified firefighters by telephone.  Fortunately, the fire remained small.

After the firefighters entered the warehouse, they discovered several small fires.  In an hour’s time, they extinguished the fire.  Inspection of the warehouse revealed two bags of bran with two fruit cans of gasoline inside the grain.  The arsonist sealed the glass jars too tightly and prevented the gasoline from igniting.

The manager of the warehouse was arrested and charged with arson.  Many suggested his motives included insurance fraud.  Although the newspapers do not report the outcome of the investigation and trial.

After the warehouse fire, the county continued to suffer from a variety of fires.  The Frye homestead in Elk River burned down.  The McKinney house in Orrock burned.  The homes of R. J. Johnson in Big Lake, and the home of E. D. Smith in Becker were also burned.  And, the Big lake Depot also burned.

Although fires were common in the farming communities of Sherburne County, 1924 seemed particularly challenging for fire fighters.
Posted by Mike Brubaker, Executive Director at 11:55 AM No comments:

Born to a French Canadian father and half-Dakota, half- Ojibway mother, Pierre Bottineau was native to the frontier Minnesota.  As he traveled and explored the territory, he helped develop a number of towns.  In about 1849, he arrived in the area of Elk River and commissioned the construction of a hotel along the banks of the Mississippi River.  The buildings remained in Elk River longer than Bottineau.

Pierre Bottineau originally built a cabin near the mill races on Orono Lake.  The second Bottineau structure, built in 1849, housed the carpenter Bottineau hired to build his hotel.  In quick order, the hotel, christened the Riverside, opened for service.  The carpenter’s cabin served as a small saloon for hotel guests and the increasing population of Elk River.  By 1852, the Nickerson family paid $1500 for the property and Pierre Bottineau left the town seeking other adventures.  For another forty years, Bottineau continued to work and explore Minnesota and the eastern lands of the Dakotas.  He died in Red Lake Falls, Minnesota in 1895.

Although a brief stay in Elk River, and with a limited role in the overall settlement of the community, Pierre Bottineau played a significant role in creating the community of Elk River.

Posted by Mike Brubaker, Executive Director at 12:36 PM No comments: