An Interesting Paragraph In The Newspaper

An interesting statement published in the Sherburne County Star News on 3 December 1896:

Cheap tooth brushes are responsible for many obscure throat, stomach and intestinal ailments. The bristles are only glued o and come off by the half dozens when wet and come into contact with the teeth.

Yet, another healthful tip from the industrious reporters and editors in Sherburne County.


Posted by Mike Brubaker, Executive Director at 9:15 AM No comments:

Searching For the William Marsh Family

We have written about the William Marsh family in the past.  Longtime residents of Blue Hill Township, they lived in the township from 1877 until about 1903.  Overtime the Marsh family suffered a number of misfortunes.  Mrs. Marsh, Elizabeth Ann Hull, gave birth to twelve children, one survived to adulthood.  Of those children, five of them died during a diphtheria crisis in October and November of 1880.  A few years later, another child was killed in a horse riding accident.  Still later, another died from pneumonia and another died from appendicitis.

During these horrific episodes in the Marsh family, William Marsh served the roll of sexton for the Blue Mound, also known known as the Blue Hill, Cemetery.  Given his proximity to the cemetery, it seems logical his family would be buried there.  The obituary for Elizabeth Marsh notes that she is buried at Blue Hill.


Unfortunately, there are no grave markers for the Marsh family.  Outside of brief news announcements and short lines of burial records, nothing exists to document the pain and misery of this family. Dedicated Sherburne History Center volunteers Phyllis Scroggins and Diana Schansberg searched the small cemetery for evidence of the Marsh Family.  There are not many markers in the cemetery.  And yet, we haven’t found anything.  But we will continue to search. 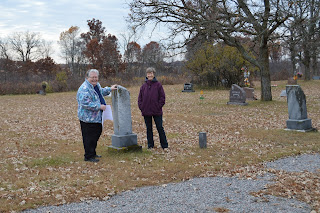 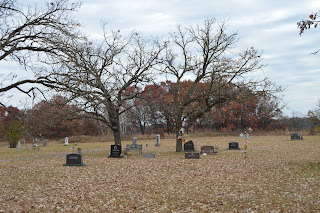 Fire and Reconstruction in Elk River--1898

Fire swept through Elk River in April 1898.  Although great news, more important than the fire was the rebuilding of the business district.

Newspapers reported half of the district destroyed. The event that “everybody in Elk River has been momentarily expecting for the past twenty years” devastated the community.  The town and most of its buildings consisted of wood.  When the fire started in the back of S. C. Brown dry goods store, it swept through the town causing $50,000 in damages.

Originally, railroad tracks split through the middle of the business center of Elk River. Immediately after the fire many merchants expressed regret over the division of the Elk River business district.  In the days after the fire, plans were developed to move downtown center of Elk River to the south side of the railroad tracks.  The businessmen also determined the entire downtown would be built of brick.

The results of the plans to move Elk River were dramatic.  Building the Houlton Block and the adjoining opera house, the Merchants Hotel, and other brick and stone buildings temporarily generated a shortage of brick and other building materials.  In spite of the challenges, by December the local newspapers reported the rejuvenation of downtown Elk River.  “Today we can point with pride to as compact and substantial a business center as can be found,” the Sherburne County Star News reported.


Although the fire destroyed much of Elk River, the community rebuilt.  This reconstruction effort illustrates the resilience of Elk River and its citizens.
Posted by Mike Brubaker, Executive Director at 12:12 PM No comments: