Bury the Dead: Paupers’ Graves in the United States

How we treat paupers and the less fortunate at the final, most important event of life: death, can tell us a great deal about society.  A recent article in the New York Times gave great detail about Hart Island and the disposal of paupers in New York City.  Unfortunately, many buried in Hart Island are receive little respect for their remains.  Hart Island burials include individuals donating their bodies to science.  When the local university or medical examiner finishes with the remains, they become part of the anonymous population shipped off and interred.  Additional internments at Hart Island include prisoners whose families refused to claim remains.

Burial at Hart Island translates into a large trench, pine boxes stacked four or five on top of each other and the trenches filled in.  The city keeps a record of the interments.  Individuals can be identified by their trench number, along with several hundred others.  But identification doesn’t really matter because Hart Island is closed to the public. Paupers have been buried like this for centuries

In contrast to this, paupers in small communities were often buried at the County expense.  In Atlanta, GA., before 1900, the county commission, every few years, would negotiate the price for caskets and burial.  In the South, race played a significant role even in death.  Paupers buried in Oakland Cemetery in the 1880s, a white man received a pine box and the grave digger paid $5.  A black man was buried in a cloth sack, and a $1 fee paid. 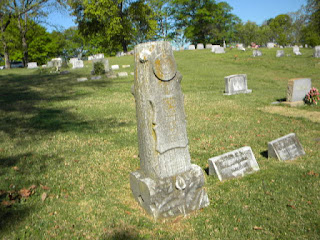 Up north race was less important.  Residency, however, was an important consideration.  In Sherburne County, MN, in 1886, resident poor received a pine box for burial, transients were buried in a cloth sack.  Several local residents, in 1886, complained the transients were often Civil War Veterans and should be shown greater respect in death.  This argument did not sway the officials, burials for transients remained $1.

In contrast to the 1880s, in a more recent time, 1917, an unknown woman was found on the banks of the Mississippi River.  The fees for a “burial box, casket wagon, and burial” was $48.  Quite a significant sum at the time.
The local newspapers reinforced the importance of residency.  In 1906, the Sherburne County Star News told the story of William Nelson who died in Princeton, MN.  The community straddles the county line between Mille Lacs County and Sherburne County.  “There is some question as to whether or not he ever acquired a residence in Princeton, if he did, then Mille Lacs County will have to stand the bill, but if he still held his residence in Sherburne County, they will have to make good.”
Whether in the big city or the small community treatment of the dead reveals a great deal about the community.  Unfortunately, whether in the 1800s or in the twenty-first century, money and expenses remain a serious consideration in caring for the unidentified dead.

ed note: Paupers' grave do not normally have markers of any kind. the photo included in this story is a generic photo of Atlanta's Crestlawn Cemetery.
Posted by Mike Brubaker, Executive Director at 8:20 AM No comments:

Some Statistical Insight into Sherburne County

In the year 1903, the Sherburne County Star News published an interesting set of statistics that tell a great deal about the county.  Simply going by the numbers:  in the year 1902 there were over 3500 horses in the county; there were 14,051 cows; and there were 700 dogs.  Sherburne County was growing as an agricultural community.  In contrast, in 1901 there were 100 fewer horses, 700 fewer cows, and 83 fewer dogs.  In a multitude of measurable statistics, Sherburne County was growing at the beginning of the new, twentieth, century.  The numbers can be interpreted different ways, yet they are all fascinating.
Posted by Mike Brubaker, Executive Director at 8:20 AM No comments:

The drama of crime reveals itself in the pages of the Sherburne County Star News.  Reporters tell the stories of victims and perpetrators.  They also reveal the patterns of crime and use language to generate greater interest in the events.

As an example, in 1903 the newspaper noted crime is seasonal in Sherburne County, “parallel with the influx of the tramp a hobo fraternity.”

The crime reporting also generates creative writing from newspaper correspondents.  In a burglary in Haven Township in August of 1903, “two men, on a tall and ugly looking genius, and a shorter companion with a dark mustache” burglarized a home.  They ransacked a home, “to show how thorough and accomplished there in the work they cut open and ripped every mattress in every bed in the house.”

Less than two weeks later, “bold burglars” used explosives to rob the Clear Lake bank.  “Sheriff Ward has gone up to do some sleuth work.”

The string of burglaries in Sherburne County in 1903 were gender specific.  In late October the Sherburne County Star News reported the burglary of Miss Selck’s millinery shop.  “The way some of the things were selected would indicate that a woman was in the deal, and the fact that a strange woman was in the store but a short time before the closing hour to make some inquiries adds weight to the suspicion.”

The fall of 1903 witnesses significant crime activity.  If we trust the newspapers, “tall and ugly looking geniuses;” and “short companions with a dark mustache;” women, and “bold burglars” were all part of the crime wave.  Meanwhile, police did more than investigate, they were busy doing “sleuth work.”

A True Story Better Than Fiction

The cliché tells us that “truth is often stranger than fiction.”  In the case of the Becker Post Office robbery of 1931, the truth reads like fiction.  Here is a story of a woman betrayed and a group of cold hearted men plotting for the promise of easy money.

The story begins with Mr. Berga Glisson.  A resident of St. Cloud, in 1931 he had been spending time with the post mistress of Becker, Miss Gertrude Dyson.  For two years the couple had been together.  In December 1931, according to the Sherburne County Star News Glisson and three cohorts schemed to rob the safe of the Becker Post Office.  Glisson’s part in the crime was to duplicate a house key to the residential portion of the Post Office and deliver it to another of his co-conspirators.

The evening of December 6, 1931, using the key provided by Glisson, three men burst into the home of Miss Dyson.  They took Dyson and Glisson hostage and forced the postmistress to open the post office safe.  Inside they helped themselves to $500 cash.  They locked Glisson and Miss Dyson in the basement of the building and made their getaway.   After 90 minutes locked in the basement the two made their way out and notified police of the robbery.

The next day, Glisson met up with his partners in crime in St. Cloud.  They divided the money evenly and went their separate ways.  Glisson gave himself away when he began spending money around town.  The paper reported Glisson “complained of being hard up” for money only a week earlier.  In the days after the robbery he seemed flush with new found money.   Now under suspicion, police brought him in for questioning and he folded like a cheap rug.  Glisson confessed and implicated three other men: Roger Golden, Earl Carlson, and Jack Yeager.

Glisson confessed that he had learned from Miss Dyson a large amount of money was being kept in the safe.  He tried to divert his involvement in the crime when he said, “I was told by each of them that if I failed them and did not assist them in this robbery I would be knocked off.”


The other three men were arrested and the four held over for trial in St. Cloud in the Stearns County jail.  All four of the men confessed to their involvement in the robbery and guaranteed themselves prison time.   The newspaper also hinted the four men might be from a larger organized gang in the area.  Although dramatic, no other arrests were made in connection to the robbery.

The story itself reads like a cliché.  Yet, as is so often the case, the true story is better than fiction.
Posted by Mike Brubaker, Executive Director at 11:31 AM No comments: