The weather always seems to be an important topic of discussion in .  I have been living here less than two months, people continue to tell me about the fierce winters of the upper .  Yet, one example of the fierce weather is all I need to appreciate the severity of the climate and the hardiness of the people that live here.
﻿ ﻿
The Armistice Day Blizzard, seventy years ago, on 11 November 1940 more than two feet of snow fell in some parts of .  The storm hit so quickly and covered such a large geographic area, that 154 people were killed, many of them were hunters taking advantage of what seemed to be unseasonable warm weather for a day of duck hunting on the lakes and on the Mississippi River.  The storms killed people in , , and .  Of the 49 people killed in by the storm, more than half were hunters.
The day started with very warm weather.  The high was recorded at 60 degrees.  Many hunters saw this as the last opportunity of the season to go out on the and get some hunting done.  But the storms blew in quickly.  At times the wind was recorded at 80 miles per hour.  The snow came, and caught many people on the open roads and open water.  By the time it was done, 27 inches had fallen and snow drifts as high as twenty feet were recorded.
In , when the storms came, schools were dismissed.  At the , country buses loaded with children headed out to deliver them safely home.  When one bus did not return, search parties were organized and the worst was expected.  Men of the search parties were forced to use skis to search the roads.  After six hours of searching four miles of road, the children were found, safely sheltered at the Waterfield farm.
In search parties using horses and sleds, barely survived the search.  Stories published in All Hell Broke Loose, William Henry Hull describe rescue parties as returning safely to their homes, barely able to walk.  “They were holding on to the horse reins and harnesses to keep from falling.  Had the horses been unable to find their way back, they would surely have perished,” the author wrote.
Clearly, weather is a topic worthy of serious discussion in .  Even today, in the twenty-first century the snow of the upper is an important consideration in daily life.  I hope I am prepared for the coming winter.  But, I also hope that another storm like the Armistice Day Blizzard never strikes again.
Posted by Mike Brubaker, Executive Director at 9:04 AM No comments:

Prairie Burn At The History Center

This past Friday, portions of the prairie around the Sherburne History Center were part of a controlled burn to enhance the growth of native plants in the coming year.  There were some incredibly dramatic images of the fires as they consumed areas around the building.

This is an interesting project to be a part of.  I have attached a couple of photographs of the burn.

To The Volunteers: Thanks Guys!

Earlier this week the honored and celebrated the many volunteers that make this fine institution work.  As a way to say thank you, the Board of Directors sponsored Mexican theme dinner to host the volunteers that have given more than 2700 hours of their time to SHC in the past year. 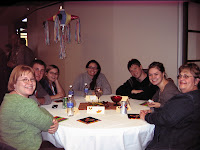 The many volunteers at SHC have done everything from processing collections in the Archives and the museum; to organizing and staging programs and special events.  Their work is valued at over $29,000 in labor for the past twelve months. 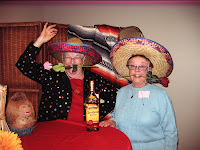 After the dinner, and a brief annual meeting, Mike Roberts spoke to the audience.  Roberts is the author of the book The Last Keeper at Split Rock, an interesting memoir of his years of service in the Coast Guard.  During his service, Roberts spent 27 months as the last light keeper at the Split Rock lighthouse on the .
Although we can’t say it enough, we will try to continue to say thank you to everyone that works so hard for the benefit of the .
Posted by Mike Brubaker, Executive Director at 12:44 PM No comments:

A few days ago, I was listening to a program, a history of , when several of the battles between Native American groups were mentioned.  It occurred to me that more places in ought to be named after the many Native American battles that took place in the county. According to the lecture, and with a bit of research, I learned that because there are several rivers joining the Mississippi River in , the area became a valuable territory for trade among Native American groups.  And the Dakota and Ojibway groups continuously fought over control of this land.
According to Herb Murphy’s book Historical Sketches from Baldwin Township and the Surrounding Area, as early as 1750 at the Battle of Kathio, Dakota and Ojibway men fought over control of the territory around the confluence of the and the .  Before the battle, the Ojibway had managed to bargain with white traders and acquired more rifles than their Dakota counterparts.  The Dakota, using only bow and arrow were easily defeated.  Eight years later, at the Battle of Mille Lacs Lake the Ojibway were able to convincingly defeat the Dakota.  After this battle the Ojibway controlled the in the northeast section of .
In 1772 and again in 1773, just fourteen years after the a , the two groups fought once again.  This time, the fight was over control of the confluence of the Elk River and the .  Before the battles, some historians described the as being covered with canoes filled with Dakota warriors.
Finally, in 1839, near and , Dakota warriors staged an early morning attack against an Ojibway village.  Many of the Ojibway men had left the camp on a hunting expedition before the attack.  In a brief skirmish, over 70 Ojibway, mostly women and children, were killed.  There were also 17 Dakota killed in the attack.
As a highway for trade and travel, there is no doubt the is important.  It is no surprise that control of the area where so many rivers join the is viciously contested.  It is no surprise the dominant Native American groups in the area would continuously battle over control.  With both the and the Elk River joining the , it seems appropriate that is the site of so many battles for control of the upper .
Posted by Mike Brubaker, Executive Director at 9:29 AM No comments:

October means World Series Baseball, and this year with the Minnesota Twins in the playoffs, the game take a special importance throughout the state.  However, baseball has a long tradition beyond the professional level that has flourished in the late 1900s.  In , the game hearkens back more than 100 years as the sport of choice for so many young men.  The memories about baseball abound throughout the small communities of .  is no exception.
Archie Larson, from Orrock, remembers, in the book Boondocks Baseball, back to the time of semipro teams throughout the area.  “Back in the summer of 1917 a couple of us players from Orrock were asked to come and play for Glendorado.  If we won, we’d get $5, if we lost we’d get nothing,” he said.  “We got in trouble and were losing as we went into the ninth inning.  Then our luck changed and we managed to go ahead and we won the game at the last minute.  After all the hoorays and shouting we went over to the manager to pick up our money.  ‘Oh heck!’ he exclaimed, real embarrassed like.  ‘I thought sure we were going to lose, and I plumb forgot to take up the collection.’”  Archie never does mention whether he ever got his five dollars.
But the baseball tradition goes back, beyond the century mark, beyond the semi-pro games in .  Men and boys have been playing the game, for fun and profit, for many years.  And, many of the communities organized fine teams during those times.  In his book Boondocks Baseball, Cliff Sakry remembers many skillful teams in the communities in and around .  , , Orrock, , Zimmerman, , and are just a few of the teams that gave stiff competition on the baseball field.
Beyond the professional level, baseball has clearly been an important tradition in Sherburne County for many decades.  In a time before professional ball, the team of nines has entertained many generations of county residents.
Posted by Mike Brubaker, Executive Director at 12:17 PM No comments: