Even in Difficult Times Santa Delivers 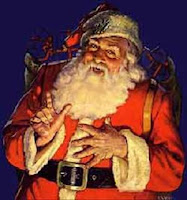 As we explore the traditions and customs evident in the Christmas season an interesting question arises: how did Santa Claus carry on with the business of giving out toys during a crisis?  In the archives of the Sherburne History Center, we found evidence to suggest that although Santa Claus maintains a high level of diligence, his creativity and thoughtful nature allows him to achieve his tasks, still in one night!

A letter found in the archives of the Sherburne History Center further explains Santa’s workload.  Addressed to the Nelson sisters in Zimmerman, Minn, the letter, written during World War Two.  Although it is dated: “Not many days before Christmas.” 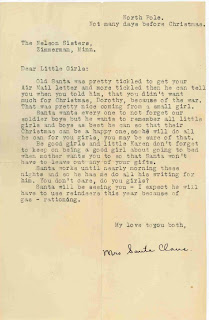 With his busy schedule, Mrs. Santa Claus takes on the job of replying to Christmas letters.  “Santa works until nearly morning these nights and so he has me do all his writing for him,” she explained.  She went on to note that “he will have to use reindeers this year because of gas-rationing.”

From this letter we witness Santa’s management skills of hard work, and a willingness to delegate responsibility.  Skills like these make Santa Claus a very successful businessman.  In 2020, like the war years, a crisis will not prevent Santa Claus from making his rounds and wishing everyone A MERRY CHRISTMAS!

Posted by Mike Brubaker, Executive Director at 11:45 AM No comments: 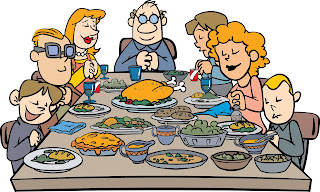 Thanksgiving marks the beginning of several celebratory feasts.  The turkey day, Christmas, and New Year’s Day call for some type of feast and celebration. With the end of the Thanksgiving feast, I paused to wonder about the food I had just devoured.  Specifically, why turkey?  After a brief search, I discovered a variety of meats served during the Thanksgiving and Christmas holidays.  Each of the centerpieces, whether they be turkey, goose, or pork; held a significant meaning to traditional diners.

In the United States most holiday revelers held Turkey as the primary dish of a festive meal.  Whether at Christmas or Thanksgiving, the bird of choice remained the gobbler.  The wild turkey must be hunted and killed.  And so, early feasts celebrated the holiday and the hunting skills of family members.  As you move into the twentieth century, turkeys became domestic farm animals and more easily attainable.  Goose and pork, on the other hand, remained common farm animals.  Served often during the year, goose and pork failed to present a unique character expected at celebrations.

The goose, a domesticated bird and easy to raise, maintains a royal standing in feast days.  Folklore suggests Queen Elizabeth I while eating a roast goose, received the news of the defeat of the Spanish Armada.  Viewing this as a sign, she declared goose as the meat served at all holidays and celebrations.  Domesticated geese remain low maintenance farm animals.  Late each Autumn, farmers release geese to forage in the fields, fattening themselves for slaughter.  More common than turkeys, the slaughtered goose remains a succulent addition to the celebration.

Pork has its own unique place on the celebration menu.  Prior to the twentieth century, ham required extended time to smoke and cure.  Even today, it remains the meat of choice for Spring celebrations.  Often slaughtered in the late Autumn, particularly in the southern United States, pork ribs found a place in the holiday feast.

Whether from tradition, royal decree, or ease of food preparation, a variety of meats found their way into the traditional holiday feast.  Ham, turkey, and goose all represented some tradition during the holidays.  Now, if only someone could explain lutefisk to me.

Posted by Mike Brubaker, Executive Director at 1:40 PM No comments: