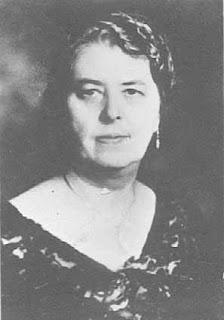 Born in Iowa, she earned a B.A. Iowa State Teachers College, an MA from the University of South Dakota.  She also studied for a time at the University of Iowa and the University of Chicago.  She then taught at a variety of different schools before she settled in Staples, Minnesota and founded the Dickson-Haining School of Creative Writing.  She served as editor for a variety of different magazines.  She also cofounded the League of Minnesota Poets.  For her work, in 1938, she received the Rockefeller Center Gold Medal award.

Posted by Mike Brubaker, Executive Director at 8:21 AM